Assets from the Hood

You can take me out the hood, but you can’t take the hood out me…cause I’m ghetto, I’m ghetto (Catch Me In The Hood, 50 Cent & DJ Whoo Kid).

Every time I hear this line, I recite it with a little bit of New York aggression and a proud smile as I think about my upbringing in The Bronx. During the five seconds these lyrics roll off my tongue, the hood immediately emerges from me. It’s like an out-of-body experience. No matter where I’m at or what I’m doing I have to rap these lyrics with hood intentions. See, growing up in the South Bronx provided me with quite the cultural upbringing, and I am often reminded of it by hip hop. On any given day, you can walk outside your house to be serenaded by the sounds of hip hop and salsa, all the while the delicious aroma of BBQ ribs and chopped cheese grilled down the block tickle your nose. Most days, I would leave my house and walk to the store just to see if anyone was outside because I never wanted to be home. I always made sure to pass by the basketball courts on my way back. One thing I could always count on is one of the homies yelling, “Yo Jay go get your sneakers so you could get these buckets!” Anyone who plays ball knows that means I have to go get my sneakers because I gotta give ’em 30 now for talking, although that only really happened in my head. The great thing about the basketball court is that it made for fun competition and it often brought the community together. We have to be incredibly innovative in the hood–our basketball courts turn into football fields, kickball courts, crate ball courts, and home base for cops and robbers. This place designed for leisure is what taught us toughness, grit and the importance of sticking together. It’s the place that made me who I am today.

Then one must ask oneself, if this was your upbringing, why do we never hear about these experiences? Just last week I was sitting at a bar with one of my homies when all of sudden I heard the bartender utter the words, “The Bronx is ghetto!” I can’t tell you how many times I heard this growing up, so I wasn’t surprised to hear this at all. I immediately turned around and asked her if she’s ever visited The Bronx, and she said she has once before. I began to ask her where she visited, and as she proceeded to respond, I then replied, “So based on your one visit to The Bronx you came to the conclusion that the entire Bronx is ‘ghetto?’” Unfortunately, this has been the narrative of my neighborhood my entire life. I heard this so often that I started to internalize these thoughts myself. In almost every institution I was a part of growing up, whether it was school, educational programs, or even with family, I was reminded The Bronx was terrible. Everything I believed to be negative about myself was associated with my neighborhood; the way I dressed, the way I talked, and the way I navigated different environments in general. Our school system further enforced these notions by telling me the way I spoke was unprofessional, the way I dressed was unsuitable, and the way I engaged with my peers was inappropriate. I learned years later the only thing our society accepted as “appropriate, professional or suitable” was determined by white people, and everything I was being taught in every institution was preparing me to navigate white society. Rather than “helping me,” it actually stripped me away from my cultural assets and inflicted harm.

Recently I watched this dynamic TED Talk featuring Rashad Bilal, one of the co-founders and hosts of the Earn Your Leisure podcast. In his talk, he said something that resonated with my soul as it is a message that I too have been sharing for the past few years. As he reflected on his upbringing and transition into his career as a financial advisor, he made this statement: “What I thought was crippling me was actually my super power.” He said this in reference to his career as a financial advisor on Park Avenue in New York City where he stated he often felt self-conscious when speaking to 80-year-old white men. However, he soon learned the way he spoke, the way he dressed, and his cultural upbringing is what made him who he is today. It’s what allows him to speak to his audience and build this incredible financial platform that he and Troy Millings have created known as Earn Your Leisure. But, why is it that many of us who grow up in low-income communities in the inner-city or what I call “the hood”, have these similar experiences? Why is it that many of us doubt ourselves and internalize negative messages about who we are and where we come from?

In Dr. Christopher Emdin’s most recent book, Ratchetdemic, he describes a phenomenon known as Impostor Syndrome. He states, “Impostor syndrome is mostly experienced by high-functioning people from historically marginalized groups in academic and professional spaces that were not necessarily designed for them. It causes brilliant people to become paralyzed by what they perceive to be their deficiencies, even when these deficiencies don’t really exist” (Emdin, 193). This right here explains exactly what I was experiencing growing up. The idea that I thought my cultural upbringing in The South Bronx was problematic, has completely pushed me to rediscover my Bronx community. As Rashad explains in his TED Talk and as Dr. Emdin explains in his book, coming from the hood is what makes us brilliant! The very same deficiencies we were told we had growing up are the very same assets that make us who we are. The music I listen to, the way I speak, the way I dress, it is all what makes me dope! It is what in fact makes me powerful. Knowing how to navigate through different kinds of neighborhoods applies to the career world because it encourages you to think about the strategic relationships you need to build and who you need to avoid. The way we dress draws attention from audiences in all industries. Originally created in The Bronx, hip hop is now a global phenomena and drives the entire culture. The challenges we experience makes us stronger than anyone. I know there will never be a challenge at work that I can’t overcome because it will never be as challenging as what I experienced growing up. The ability to connect to any audience and share the same message stems from the hood. There is so much more I can talk about, but the message here is to never lose sight of where you come from because it makes you who you are today.

If ever you need to think deeply about the impact of impostor syndrome, pick up the book Ratchetdemic and go straight to chapter ten. Then take a few minutes to write down everything dope about you. Reflect on your upbringing and then engage in cultural asset mapping by writing down all the strengths you possess from growing up in the hood. Consider its impact and use in everything you do today. Lastly, remember the very same things we were told were deficiencies because of where we come from are actually strengths and it is what sets you apart from everyone else. It is okay to be ghetto or ratchet and an academic and professional at the same time. Dr. Emdin calls this ratchetdemic. So in case you need a reminder, it is okay to come from the hood. You are dope, you are brilliant, you are genius…Periodttt! 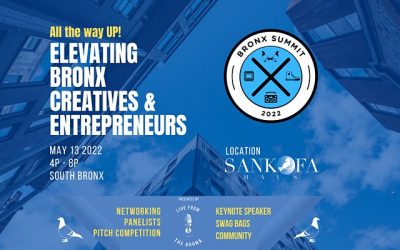 Live From The Bronx made history by hosting the first-ever Bronx Summit that brought together Bronx powerhouses for an amazing evening of learning,...

END_OF_DOCUMENT_TOKEN_TO_BE_REPLACED

In an effort to elevate these amazing thought leaders, we are hosting the inaugural Bronx Summit, highlighting the emerging and established Bronx genius in fashion, tech, entertainment, finance and entrepreneurship while celebrating the Bronx community.

END_OF_DOCUMENT_TOKEN_TO_BE_REPLACED 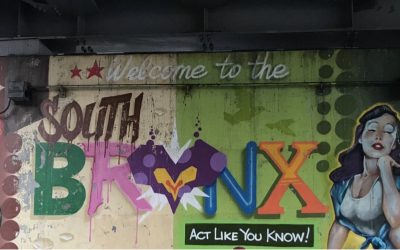 “But almost always, during the initial stage of the struggle, the oppressed, instead of striving for liberation, tend themselves to become...