Basketball is Life is a phrase that is heard in the hood so often! However, with the right level of determination, finesse, skill, and hard work hoop dreams can become a reality. For Roman Perez this is his story; the story of the underdog. Roman was never the biggest or strongest but he outworked so much of his competition to make it as a pro basketball player. He has played basketball around the world, been featured in movies, and mentors the next generation of athletes through his academy. Roman is nice on the court, but what makes this episode so special is what a humble genuine dude he is off the court.

Live From the Bronx is a podcast co-hosted by two proud Bronx natives who are creating a platform to celebrate Bronx artists, educators, entrepreneurs, and change makers. Come travel the streets of the BX with Jay and KB

← Prev: Reclaiming Our Identity Next: Live from The Bronx Podcast: Beat the Bank w/Trevor Cassaberry (Video) → 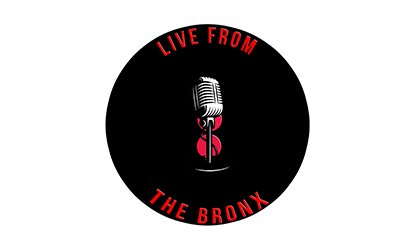 Live from The Bronx Podcast: Just kickin it w/Sis (Audio)

Kick off your shoes and relax your feet Live From The Bronx, and Sis, Listen to This podcast is in these streets. We know how to get deep on a...

END_OF_DOCUMENT_TOKEN_TO_BE_REPLACED

Black Joy is real, necessary, and so present in this week's episode. We get the opportunity to sit down with Roya Marsh the co-founder of the Bronx...

END_OF_DOCUMENT_TOKEN_TO_BE_REPLACED

Live from The Bronx Podcast: Journey of an L.A. Boy (Audio)

Your name is your legacy! We were reminded of that when we sat down with Lawrence Raysor aka the LA Boy! Lawrence is a teacher, historian, author,...

END_OF_DOCUMENT_TOKEN_TO_BE_REPLACED

Being able to see the alignment in things that others can't immediately see is almost like a superpower, and can be profitable. Trevor Cassaberry,...